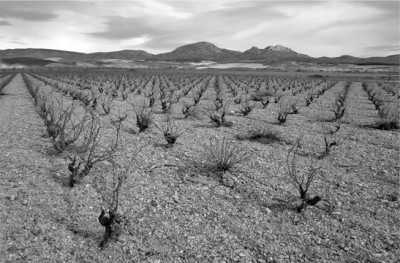 Navarra, although quite a small region, has a varied terrain and climate. It extends from the Pyrenees Mountains to the Ebro basin located on the edge of Rioja Baja. The green forested slopes in the North change to sunny banks in the South. The climate is influenced by both the Mediterranean Sea and the Atlantic Ocean.

The native white varieties are Viura and White Grenache. The authoctonous red varieties are Tempranillo, Graciano and Grenache which make fabulous rosés and exciting reds of all types, young, roble, crianza and reserva.

In the 80’s the Navarre’s wine authority allowed some international varieties to be introduced such as Chardonnay, Sauvignon Blanc, Merlot, Cabernet Sauvignon and Shiraz. It was a time when the international grapes were in fashion and the local Grenache vines were pulled out remorselessly. Even though Grenache wines had been produced in Navarra for centuries.

It is now that Grenache vines are highly appreciated, especially the old vines because they make powerful wines, intense and distinct. There are a few young wineries in Navarre that only make wine from old Grenache vines. We will get to know some more about these and their fantastic wines in next posts.