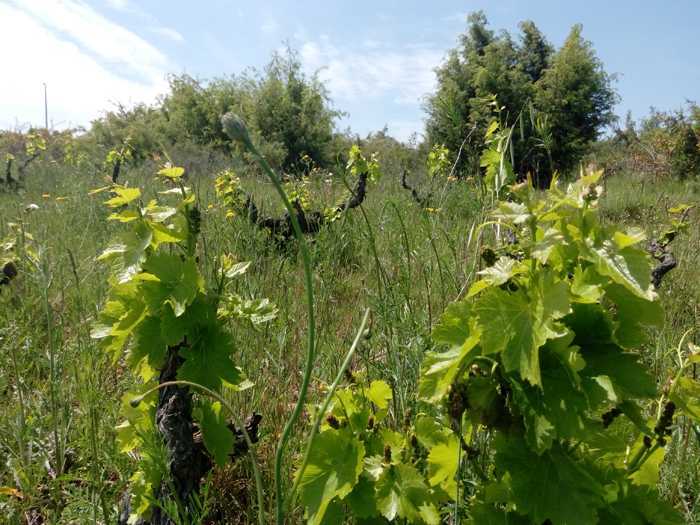 Spain: Aragón and Navarra – Grenache Renaissance, this is the title of Luis Gutierrez’s article for Wine Advocate, a bimonthly magazine and web founded by the wine critic Robert Parker. Luis Gutierrez is a wine critic who lives in Madrid and revises and scores wines of Spain, Chile and Argentina. In his article, released at the end of April 2020, states that there is a strong return movement towards grenache in Navarra although he wonders about the amount of Grenache left.

Until 1980-1990 grenache was the predominant variety in Navarra. In my opinion, because it was a local grape and there was plenty of it, it wasn’t taken seriously. So when the Navarra’s Wine Regulation Board, D.O. Navarra, authorised international varieties to be planted, Grenache vineyards were pulled up and were substituted by cabernet sauvignon, merlot, shiraz and chardonnay. At that time many growers and winemakers thought that Grenache wasn’t a ‘good enough’ grape and capable of giving good wines, let alone single variety wines.

In his article Luis Gutierrez mentions grenache projects in Navarra that he appreciated very much such as Aseginolaza y Leunda, Domaines Lupier, La Calandria, Viña Zorzal, Chivite, Azul y Garanza, Gonzalo Celayeta Wines, Magaña and Tandem. He also mentions some interesting wines made with Grenache and recovering styles that have almost disappeared such as ‘rancio’.

With regards Aragon, Luis Gutierrez sees the scenery a bit sleepy, with only a few projects exploring terroir and very few new projects. He mentions that in Teruel, forgotten viticultural province, wine is made under no regulatory body. In some cases influenced by Somontano Denomination of Origin, growing French varieties with some old grenache vines. He mentions that he will follow the development of the new project ‘Libre y Salvaje’ (Free and Wild)

In his latest article he also keeps us up to date with Mondo Garnacha, an informal project by three independent winemakers that take pride in cultivating old vines of local varieties: Jorge Navascués, Fernando Mora y Norrel Robertson (a Scotsman) and their wineries: Cutio, Frontonio and Cuevas de Arom and El Escocés Volante (flying Scotsman).

Exciting wine times we live in, not only with Grenache but with winemaking in Navarra in general.

If you’re in the area and would like to explore some of these projects and taste their wines please let me know. We’ll do our best to accommodate your wishes. Also let me know if you would like to know some more about any of them. Cheers!